UMS SKELDAR demonstrates flagship V-200 at one of the world’s most influential oil and gas industry events, ADIPEC13 November 2018Next

UMS SKELDAR, the world-leader in pioneering maritime unmanned helicopters, positioned to press its advantage as the rotary UAV of choice for NATO and world navies following its German Navy win.

For the second year running, UMS SKELDAR has joined forces with Saab and Dutch shipbuilder Demel to showcase integrated maritime platforms at the AHOY exhibition halls in Rotterdam, The Netherlands.

According to Axel Cavalli-Bjorkman, CEO of UMS SKELDAR, the joint venture between Saab and UMS AERO GROUP:

“The winning combination of proven heavy fuel engine, sensor systems such as ViDAR, the world’s first optical radar, with day and night vision capabilities, upgraded avionics and increased payload facilities, all combine to provide a compelling case for our role as the platform of choice for navies worldwide. This is a key strategy for development of our portfolio and provision of continuous enhancements of our tailored maritime UAV solutions.” 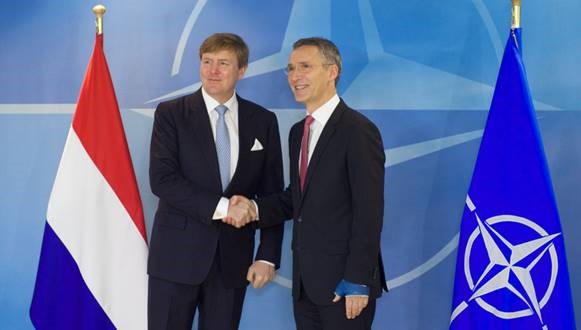 The international defence event, set to be inaugurated by His Majesty King Willem-Alexander will be attended by the Netherlands Minister of Defence Ank Bijleveld and State Secretary of Defence Barbara Visser and senior military personnel, defence procurement executives and delegations from NATO and other nations. NIDV is acknowledged as the only international event, providing technology innovations and strategic dialogue, focused on the defence sectors of the NATO Benelux nations (Belgium, Netherlands, Luxembourg).

“We recognise NIDV as a key opportunity to further develop our dialogue with maritime defence decision-makers and to showcase our unmatched unmanned rotary VTOL portfolio and capabilities.”