UMS SKELDAR has joined forces with partner ESG to complete a range of successful exercises with the German Armed Forces demonstrating for the first time the capability of Manned – Unmanned Teaming (MUM-T) between the Unmanned Mission Avionics Test Helicopter (UMAT), based on the SKELDAR R-350, and the Bundeswehr (German Armed Forces) Bell UH-1D Huey manned helicopter.

As part of a live demonstration, ESG Elektroniksystem und Logistik GmbH and UMS SKELDAR revealed their technological expertise for system integration and mission systems in the field of manned and unmanned aerial systems. Proving the tactical benefits of UAV deployment in operations, the demonstration realised the increase in reach and forward reconnaissance of manned platforms to potentially dangerous situations including frontline battlespace. 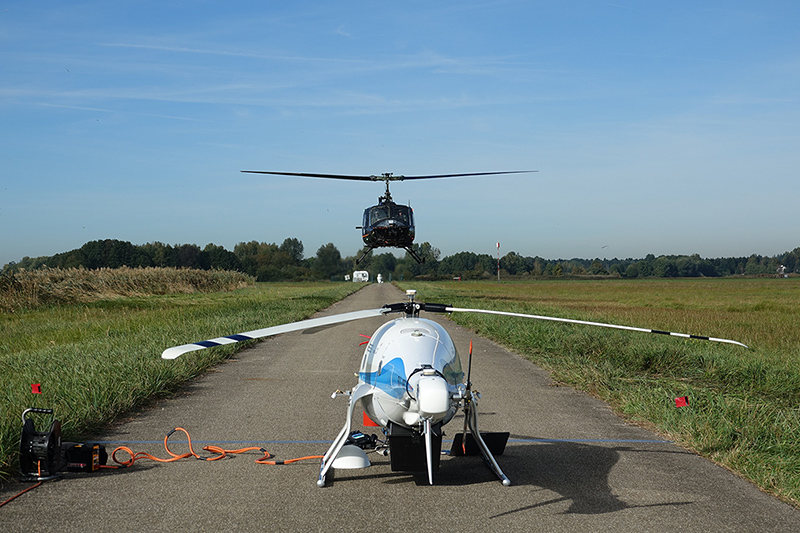 ESG carried out joint demonstration flights of the (manned) mission equipment carrier (MAT) on behalf of the Federal Office for Equipment, Information Technology and Use of the Federal Armed Forces (BAAINBw) at the airfield of the Wehrtechnische Dienststelle WTD-61 (Bundeswehr Technical and Airworthiness Centre for Aircraft), Manching Air Base, near Munich.

In the joint exercise, the German Army Aviation experimental pilot took the role of Mission Commander, co-ordinating with in-air displays to monitor the UMAT payload data / video stream, as a UMAT position on a Sense & Avoid display / moving map. ESG proved how a UAV teamed with a manned helicopter can be controlled as an Unmanned Wingman on a command basis. 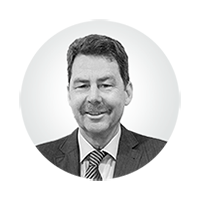 “By partnering with UMS SKELDAR, we have successfully demonstrated to the Bundeswehr a range of manned-unmanned teaming missions,” explains Christoph Weber, head of the Business Unit Defense and Public Security for ESG Elektroniksystem und Logistik GmbH. “This proved both the comprehensive functionality of the manned/unmanned platforms as well as the secure communication and data transmission over the appropriate data links.”

Missions included the provision of reconnaissance data from a location, exploration of forest perimeters between positions and the clarification of possible landing zones for the helicopter. These highly complex tasks were only possible thanks to the high degree of automation of systems in the unmanned UMAT platform, including route, sensor and data link management. The route planning took place, for example, considering threats, flight areas, sensor characteristics and data link coverage.

“This demonstration project is a significant development and is testament to our enduring relationship with ESG and the long-term partnership with the German Armed Forces in delivering flexible and mission-proven UAV assets. Throughout, we provided real evidence of the development of appropriate technologies and procedures for a wide range of deployment scenarios of the joint Manned-Unmanned team for the German Armed Forces.”

The flights were a key milestone in the project MiDEA (mission monitoring by drones for reconnaissance), forming an integral element of the ESG MUM-T (Manned-Unmanned-Teaming) programme and VTOL-UAS technology roadmap.