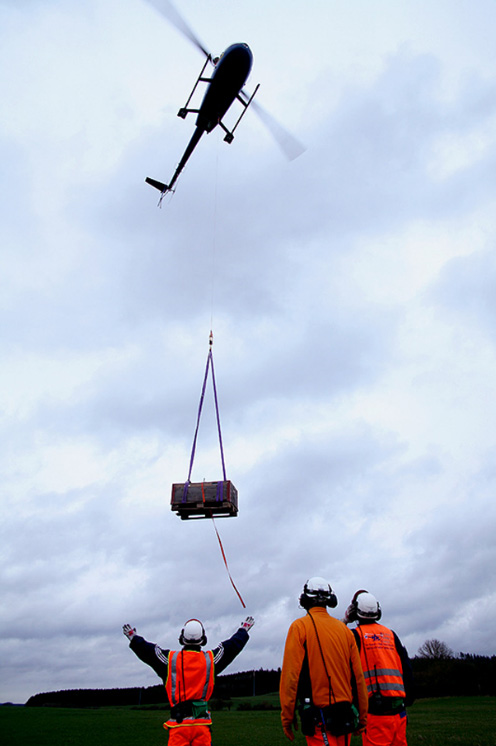 The unique role for unmanned VTOL (Vertical Take-off and Landing) technologies and cargo solutions is the theme of a keynote address to be delivered by UMS SKELDAR Head of Business Development David Willems on the first day of the Unmanned Cargo Aircraft Conference, Maaspoort, Venlo, The Netherlands: 13th June 2017. 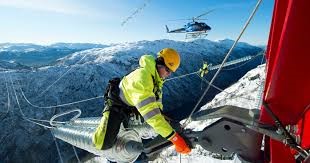 Willems spotlights three case studies spotlighting the UMS SKELDAR V-200 platform and its application as a VTOL and potential to deliver cargo:

The first two examples, involves pilot-line stringing for a Scandinavian utility provider and delivery of supplies and spares. The project delivered in Norway had previously been undertaken by piloted aircraft, with high risks for personnel and aircraft in a region known for challenging weather conditions.

Food delivery, as part of a disaster relief programme will also be discussed by Willems, who cites a fully designed operation to deliver relief in a war zone for an international organisation. The project was not implemented because the situation in the theatre deteriorated rapidly before the operation could be commenced.

The mission concept was to provide food relief to a besieged population; fly a 65km corridor from nearby country border to drop zone; drop payload and return.

As an example, and with over four years of fighting, the battle of Aleppo represents one of the longest sieges in modern warfare, which left an estimated 31,183 people dead, almost a tenth of the overall Syrian war casualties. Humanitarian relief, if provided by VTOL UAVs, could have helped save lives.

Ongoing conflicts around the world.

Major wars, 10,000+ deaths in current or past calendar year

Minor conflicts, 100-999 deaths in current or past calendar year

Skirmishes and clashes, fewer than 100 deaths in current or past calendar year Only the locations where the conflicts are taking place, not the warring parties, are coloured. For example, for the war in Afghanistan only Afghanistan itself is coloured.

“The cost of drone delivery still remains a barrier to mass implementation, except in mission critical situations where life is threatened, such as war zones, disaster relief, dangerous tasks and essential repairs and maintenance. However, VTOL UAVs provide immediate and precision access points and clearly have an advantage over fixed wing platforms, unless great distances demand to be covered.”

“Our work with humanitarian agencies and supply in difficult and hazardous terrains from mountain ranges to maritime territories, proves the value of unmanned VTOL solutions, and inevitably the cost ratio will continue to decrease enabling deployment across a range of applications through to parcel deliveries from retailer to consumer,”

Amazon showed off its commercial delivery drone at the SXSW conference in March in Austin, although it did not demonstrate the drone in flight. Drone delivery technology is developing with UPS, Walmart and Google, among other companies, also working on delivery drones. Meanwhile, FAA (Federal Aviation Administration) regulations require that drones be flown within line of sight, namely in sight of their (human) operators, which limits their range.

Earlier this year, Swiss Post, the Ticino EOC hospital group and Matternet launched a joint innovation project: they plan to use modern delivery drones to transport laboratory samples autonomously between two EOC hospitals in Lugano – the Ospedale Italiano and the Ospedale Civico. The samples are currently transported by road. The use of drones will make transport faster and more efficient in order to further enhance the provision of care to patients.