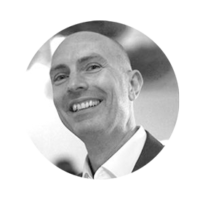 “ISR is the future of modern warfare and of decision making in complex environments,”

“We are providing to UMS an end-to-end ISR training solution, from the initial operating concept to full operational capability (FOC). Our specialisation is in ensuring that any end-user of an ISR capability can maximise value through integrated and synchronised operations. We strive to work with the end user to help them achieve FOC quicker.”

With new rules of engagement coming in the next 12 months in the UAS industry, the need for change in the way training is delivered has become a must. A vital part of any UAS campaign, UMS has overhauled the way its training strategies and courses are delivered by adding not only specialist ISR training, but also by constantly reviewing its offering against the highest quality UAV standards.

“This new partnership with one of the leading ISR organisations, 360ISR, will add significant weight to our training provision moving forwards. The dynamic nature of the mission space, especially in the military and maritime sectors, demands that we not only stay up-to-date with our wider UAV services, but also continually improve them in order to stay ahead of both the industry and the impending regulations.”

UMS SKELDAR’s portfolio of Vertical Take-Off and Landing (VTOL) rotary UAVs currently incorporates the unmatched SKELDAR V-200 and the newly launched V-150. Thanks to its pioneering heavy fuel engine that operates on Jet A-1, JP5 and JP8, alongside an ability to fly for over five hours with multiple payloads and extended time between overhauls (TBO), the SKELDAR V-200 is the global navies’ VTOL UAV of choice. The V-150, on the other hand, is an ITAR-free high-performance UAV that operates on a turbine engine propulsion system that uses heavy fuels. Including an ability to carry multiple payloads across two payload bays (up to 30 kg in the main bay and up to 12 kg in the nose), the V-150’s modular design enables a high degree of maintainability alongside a minimum turn-around time during operations.

For more information on UMS SKELDAR, including its world leading SKELDAR V-200 and V-150 platforms, click on https://umsskeldar.aero/.

For more information about 360iSR and its innovative end-to-end ISR training solutions, click on: https://www.360isr.com/en-gb.